ISO50001 Ireland is an industry conference which will bring together approximately 200 senior management from Irish Business who are considering the transition to this International energy standard, but have yet to make the journey.

The theme/profile of this event is simply to create an exchange of information between organisations who are about to make the transition to ISO50001 and companies who have already made the transition. Our speakers have been carefully selected based on their experiences and knowledge of this standard and are keen to network with delegates in an effort to develop the standard further within Ireland. 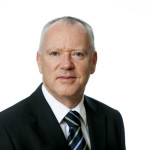 Padraic, who has over 30 years’ experience in the construction sector, is Head of the Building Services Department in Ireland for John Sisk and Son (Holdings) Ltd where he leads a team of over 40 Building Services Engineers and Managers in the design , integration, commissioning demonstration and handover on all their projects.

John Sisk & Son (Holdings) Ltd has become one the first Irish / UK construction contractors to be certified against the ISO 50001 energy management standard by implementing a simple and effective energy system across its diverse portfolio of projects and offices in Ireland and the UK.  Drawing upon a collaborative approach across many of its business functions, and with leadership through a dedicated core group – its Energy Forum, Sisk determined its energy use and put in place a management system.

The Energy Forum set the ambitious goal of implementing ISO 50001 – the energy management standard to help the company achieve its ‘Zero Energy Waste’ policy; with the ISO 50001 goal achieved in late 2015.  Throughout this process the team have discovered that energy efficiency impacts all aspects of the business and that Energy Management in a construction company brings it’s own unique set of challenges because of the de-centralised nature of the construction business and because construction sites are temporary with energy consumption directly related to the stage of construction.

Noel Matthews joined the family business in 1997 as the need arose for a Fleet Manager.  With a background in maintenance Noel then undertook a CPC in International Road Passenger Transport and a CPC in International Road Haulage.  Noel has helped manage the company to a steady growth of 12% per annum.  The industry average is 6%.
In 2008 Noel attended a seminar on the benefits of energy management in the transport industry.  Since then Noel has introduced major changes across Matthews Coach Hire resulting in massive savings for the company.

Sean is a senior lecturer in Lean and Six Sigma Systems in the University of Limerick with over twenty seven years’ experience in Aerospace (12), Medical device (14), and Electronics industries. Sean has held various roles in continuous improvement, operations, engineering, manufacturing, R&D, metallurgical evaluation; chemical & heat treat processing, including interaction with the regulatory authorities.

Sean’s primary role in the medical device industry was in the development, teaching and applying Lean & Six Sigma concepts in the industry

. As part of this role he developed the Abbott Vascular Divisional Six Sigma program and delivered over 100 waves of training in Europe, US and Central America. The core program consisted of Black Belt, Green Belt, and Yellow Belt with Champion Training specifically for the leadership teams. Supplemental programs consisted of Design of Experiment, Kaizen events, Value Stream mapping and SAS JMP statistical analysis training. This program has contributed to annual reportable seven figure savings, as well as contributing to process and quality improvements. Sean is a Shingo Prize winner with the Abbott Vascular Plant in Clonmel, Ireland.

Responsible for Site Facilities Operations in Ireland, Israel, Turkey and Russia supporting excess of 1,000 plus employees and contractors across 5 separate key sites across the EMEA Region.

Supporting talent new hires and retention by developing key programmes to support employee services including Catering, Gym and Mobility Programmes that are best in class. 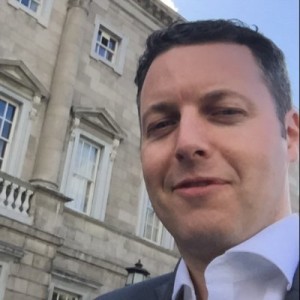 Previously a programme manager with SEAI for almost a decade with a variety of roles such as EU Energy R&D representative, Large Industry Energy Network manager, & national energy efficiency and renewable policy expert. David is now an advisory council member with Host in Ireland, an industry-led initiative formed to promote Ireland as a prime digital asset hosting location. The Advisory Council evaluates the performance of the initiative. It’s members review, monitor and assess progress, serve as advocate for partners, gather input from/serve as a liaison with relevant constituencies, provide feedback from the community, provide technical expertise, provide an independent/unbiased sounding board, and assist in determining important activities.

During his tenure with SEAI David contributed to many of the formulations towards developing the ISO50001 standard and his presentation will discuss energy efficiency within Data Centres and the adoption of the international standard within these facilities. 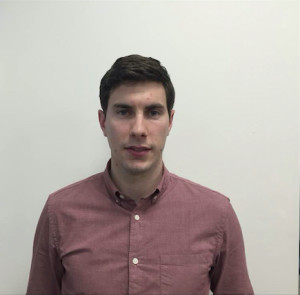 Alan Freeman is an ambitious and highly-motivated Energy Manager with Veolia. He holds an MSc in Energy Management from Dublin Institute of Technology and completed a dissertation titled ‘Reducing Energy Consumption, Increasing Energy Efficiency through the Adoption of ISO 50001, Resulting in Industrial Cost Savings’’ in 2012.

As part of his role within Veolia’s Engineering Team, Alan conducts both high level and detailed energy audits for clients. Recently, Alan conducted a number of Energy Audits through the energy Auditing Scheme (EAS) with particular emphasis on the pharmaceutical sector.

Minister for Communications, Energy and Natural Resources, Alex White, is a Labour TD for Dublin South, and a Senior Counsel.

He was educated at Chanel College Coolock, and Trinity College Dublin from where he graduated in Economic and Social Studies in 1981. He subsequently attended the King’s Inns, and was called to the Irish Bar in 1987.

Before commencing practice as a barrister in 1994, Alex White was a current affairs producer with RTÉ for ten years. He subsequently became a leading practitioner in employment and labour law, appearing regularly before the Irish Courts and in employment tribunals on behalf of employee and employer clients. He was called to the Inner Bar in 2010.

He has also lectured on employment law and media studies.

David has over 10 years’ experience working as a mechanical/electrical engineer. David has worked across a number of industries including ICT, Pharma and Financial services with roles in maintenance, utilities, facilities and energy. David has a BSC in Electrical Services & Energy Management, and a BSC in Manufacturing Engineering.

David has experience in ISO 50001 and has successfully implemented and maintained certification in previous roles and has recently completed the certified measurement and verification protocol (CMVP) training. David is currently studying a MSC in Technology Management.

Responsible for development in SEAI across a wide and disparate portfolio:

As an expert and advisor in the area of energy/carbon management, John has delivered seminars, workshops and training courses internationally on sustainable energy management (ISO 50001); is co-author of energy management systems – an Implementation Guide & an Audit Guide and of “Energy Managment, Practices and Principles” a MEUC and British Gas publication.

With a background in science, John has been involved in arena of business risk management system design, implementation, maintenance and audit for the past 15 years. This has included the standards in the following areas: 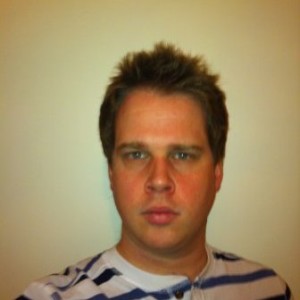 Barry has worked with ABP Food Group for three years where he has been directly involved in all aspects of the company’s environmental and sustainability objectives.

This work has helped the Group achieve significant reductions in energy consumption, carbon emissions, water usage and waste generation. As a result, Barry has dealt with: 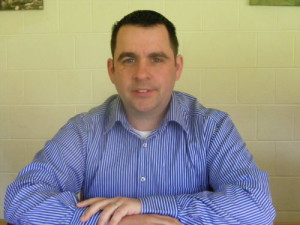 Kevin Donovan, Energy Manager Roadstone Ltd, CRH, began working in the Quarrying Industry in 1999. Initially as Clogrennane Lime Environmental Manager, Kevin developed the Environmental Management System in accordance with the IPPC Licence at the facility. In 2004 Kevin became the Environmental Manager for Roadstone Ltd, implementing ISO 14001 in Locations throughout Ireland. In 2007 Kevin developed with the SEAI a strategy for implementation of I.S. 393 at Roadstone. Commencing with Implementation of I.S. 393 at One Location now Roadstone has accreditation to ISO 50001 at 21 Locations throughout the country and the Transport. The strategy is to continue the roll out of ISO 50001. Kevin also was part of the team that developed the I.S. 399 Energy Efficiency Design Standard. In 2011/2012 Roadstone were winners of the IBEC Process Award, in 2014 SEAI Awards, Roadstone were a finalist within the Collaboration and Ambition Award Categories.

Jim launched his career with Sisk as a Site Engineer, later moving to Telectron Telecom, a fully integrated design and manufacturing company as a Production Engineer. He was then recruited by Storage Technology Computers, a Tape and Disc drive computer manufacturer as a manufacturing Engineer. He subsequently worked for AT&T as a Senior Engineer specialising in product transfer, new product introduction and process automation before being quickly promoted to Engineering Manager.

Recruited by Abbott as Engineering Manager in 1992, he was an integral part of the senior management team that transitioned the medical device company from manual assembly to full automation. This activity coincided with a major investment in the facility and its utilities.+

Jim was appointed Managing Director in 2001, and over a period of 5 years transformed  the company culture into dynamic force through training and mentoring, becoming a key supplier to tier 1 contractors working on successful projects in Abbott Pharmaceuticals, Boston Scientific, Seagate, Hollister amongst others. In addition he developed the company’s Research and Development capability particularly in the area of composting equipment.

Jim was recruited as a Project Manager during the start-up phase of the company, soon afterwards transitioning into the role of Site Engineering Services Manager which included responsibility for Environment, Health, Safety and Energy. In 2015 he completed a major two year site capital investment program. He is particularly proud of achieving ISO 14001, OSHAS 18001 and ISO 50001 Certification during the year. His aim is to add ISO 55001 by June.

A very recent convert to cycling, he organised and completed the inaugural “ALL for One” AbbVie Cycle Challenge from Sligo to Dublin in 2015.

With the 2nd Annual Cycle Challenge organised for June from Sligo to Cork, not only is he adamant that he will complete the journey but successfully cross the Slieve Bloom and Knockmealdown Mountains on the way to Garryvoe.

Majella Kelleher is Head of Sustainable Energy Deployment in SEAI. A graduate of University College Cork with a civil engineering degree and of Trinity College Dublin with MBA and more recently MSc in Management (OB) Majella joined the Sustainable Energy Authority of Ireland (formerly Irish Energy Centre) in late 1995. She has filled a number of roles in SEAI most recently Head of Sustainable Energy Deployment where she has responsibility for a range of deployment schemes including the Greener Homes Scheme, Warmer Homes Scheme and the Home Energy Saving scheme. – See more at: http://www.iiea.com/events/majella-kelleher-on-using-retrofit-to-tackle-fuel-poverty-an-seai-perspective#sthash.5aplwVuN.dpuf